Well, thank you all for your prayers. My brother and I sat down for our chit chat, in his very cozy family room, him on his new chair that helps him get up into a standing position. My poor brother, please try to remember him every once in a while (I know it's hard!) in your prayers. He is a very sick man and the many doctors he has still can't pin down what is wrong with him. They are getting closer to finding out, they are pretty sure it's neurological (not good). He is a wonderful man, hardworking, a good provider, but unfortunately, no longer a Catholic. He would say he is, but to me, he is Catholic in name (and that barely) but protestant through and through. Our discussion about why his daughter is getting married in the protestant church down the street got off on the wrong foot and went absolutely no where. The gap between a novus ordo/protestant Catholic and a Catholic who goes only to the Latin Rite Mass is too great. The arguments would have escalated into shouting matches. I am no Catholic apologetic. When it comes to Holy Mother Church my passions run too deep and they 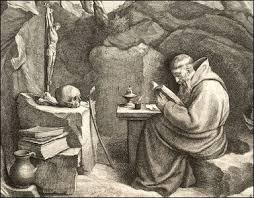 get a hold of me. He has forgotten or never knew even the basic concepts of the Catechism of the Catholic Church, and doesn't want to know them. To say I was stunned was an understatement. And I guess I'm still in a state of shock. I very rarely talk about the Church with anyone outside of Tradition, unless they are asking me for an answer. What they think is almost incomprehensible to me, and thus I was put behind the eight ball right from the beginning. And to hear this coming from a family member, my beloved brother, made it just too hard. I believe my evangelizing days within my family are over. I will pray for them all, as I always do, but will stay clear of anything other than discussing sports.
Posted by kam at 3:45 PM 5 comments:

Will be dealing first hand later today with an issue that no Catholic man wants to deal with: A family member (niece) marrying outside of the Church (protestant church). We heard about this on Christmas Eve, overhearing this conversation from across the table. Since then until now I've been hoping for a small miracle, that certain people will come to their senses and rectify the problem but no, liberals and modernists apparently only think one way, and that is "As long as they are happy..." I need not explain the logic of that thinking here, but this afternoon when I have a sit-down with my brother I pray (as I have been praying for days) that the Holy Ghost provides me with the words and actions to, if not outright change my brother's thinking, to at least plant a seed to have him begin to think about the error that is occurring here. No one outside of my immediate family, that I know of thinks anything is wrong. I ask you all, anyone who reads this, to just say a prayer, any prayer, for me, my neice and her boyfriend and my brother and his wife, to be open to the Truth as Jesus Christ has proclaimed it and as Holy Mother Church has passed it down and protected it through the ages.

Thank you all and God Bless you! 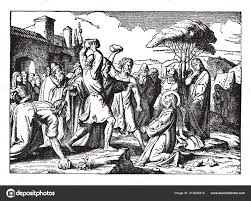